​While 2020 didn't exactly go the way any of us hoped, we've kept our spirits up and concentrated our efforts on planning for the future of Grinduro. Like everyone, we're longing for the days when cycle events can safely return and we can get back to painting the world purple!

This year, one of the big positives is that we’ve had time to reflect and catch up (virtually) with our friends across the globe and share memories of the perfect party:race ratio...

We begin by catching up with one of the founders of Grinduro, Dain Zaffke from Giro Sport Design, to see how he's coping amid the pandemic and ask him a few Grinduro related questions... 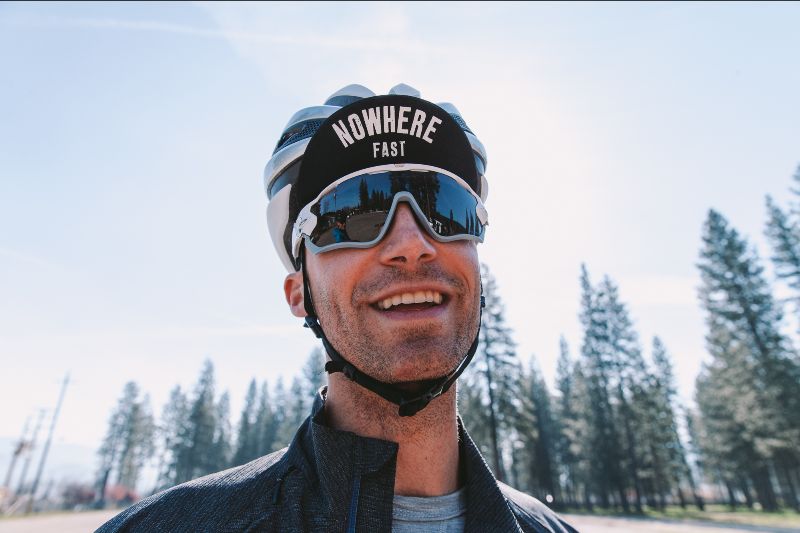 How is life treating you amid all the general weirdness of 2020?

I’m going to be honest here… I’ve been having a hard time. Without any bright spots on the calendar, it’s hard to stay motivated and put in big miles or hard efforts on the bike. I’m trying to be as responsible as possible in terms of limiting COVID risk which means I’m avoiding group rides and social events too.

Working from home (with my wife and three-year-old daughter) has also thrown a wrench in my general riding habits. I find myself substituting bike rides for dance parties with my daughter. I love Dad Life, but lately when I do ride, I feel like an old dad!

One hobby that’s gotten a lot more attention in my world, though, is surfing. I’ve pretty much been obsessed with surfing this year. I worked with a local board shaper here in Santa Cruz and ordered a custom shortboard last summer and picked it up on New Year’s Eve. I’ve been surfing on and off since I was 12 years old, but this year surfing has been my main source of inspiration. Of course I still love riding, the big difference is that I’m still progressing in the water, where my fastest days on two wheels seem far behind me. 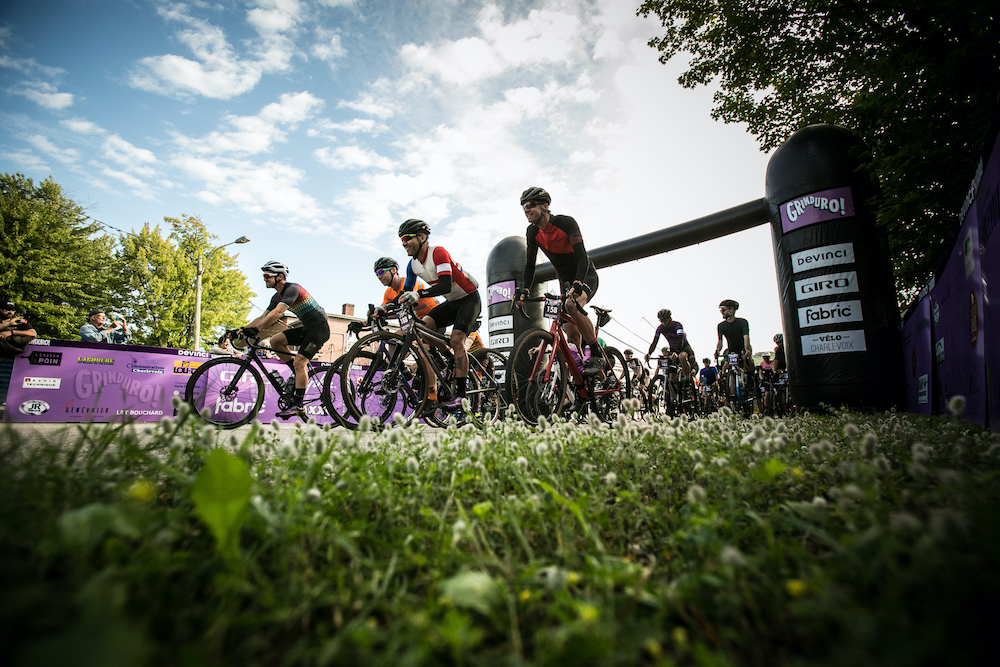 How and when did Grinduro come about?

It all tracks back to a conversation with retired pro racer Joe Parkin at Eurobike in 2013. We were marvelling at that year’s Tour de France and frustrated that Alberto Contador was getting some flak for attacking Chris Froome on the descent into Gap. As a reminder, Froome crashed trying to chase and blamed Alberto for his crash. Granted this is a notoriously nasty descent made famous in the 2003 Tour, when Joseba Beloki crashed so severely he shattered his leg (which ended his career) and Lance Armstrong avoided Beloki by veering off the road and riding down the grassy hillside then dismounting and jumping the ditch at the bottom cyclocross style.

In road racing today, downhill attacks are common, but the summer that inspired Grinduro, it was the era of the Schleck brothers and the ilk that were angelic on the climbs but could lose minutes on the descent. To this day, Joe Parkin is the only American to have raced the elite men’s world championships in road, XC MTB and cyclocross. He takes pride in his bike handling abilities and readily agreed with me that there’s an art to descending on skinny tires and this art is under-appreciated by the cycling community. 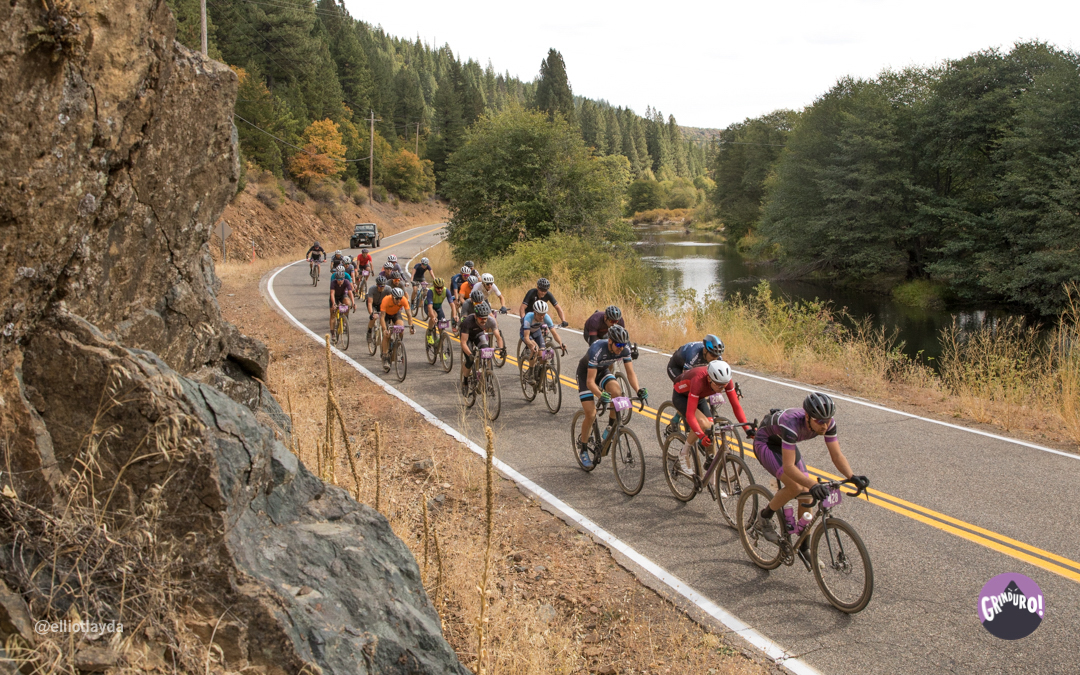 The original concept was to create a road racing enduro, with timed segments on the climbs and descents. I spoke to a handful of event organizers and nobody wanted anything to do with it - all they could focus on was liability and the inevitable crashes! Around the same time, I started hearing rumblings from friends at bike brands like Santa Cruz about a new generation of ‘cross bikes with disc brakes and clearance for 40c tires.

"...new riders were looking for adventure and challenging terrain"

From decades of pinch flats (and inconsistent braking on dinged rims), I knew that wider, tubeless tires and disc brakes would open up an entirely new category for dropbar bikes. Although these new bikes were still marketed toward cyclocross, these riders were not interested in the short and intense format of ‘cross racing, with dismounts/running and uninspiring courses. These new riders were looking for adventure and challenging terrain and there were simply no organized events that fed that need.

At the time, my favorite event on the calendar was the Downieville Classic. It’s a gruelling two-day mountain bike race, but also the biggest party of the season. So, it seemed obvious to shift gears from road to gravel, and the folks that organize Downieville (the Sierra Buttes Trail Stewardship) knew exactly how to bring this thing to life.

Everyone asks... “is it GRIND-duro or GRIN-duro?” what does it even mean?

Technically it’s GRIND-duro, because it’s a gravel grinder enduro. But here’s something I’ve never said in an interview: I hate the term “gravel grinder.” To me, that sounds miserable.

We have some gravel roads in the US, in places like Kansas and Texas, and your tires just sink in. It’s slow and monotonous and demoralizing. As a mountain bike rider, I dream about loamy dirt. As a road rider I dream about pavement as smooth as glass. From the very beginning we wanted Grinduro to look like a good time. We want people to be stoked… so GRIN-duro is probably more appropriate! 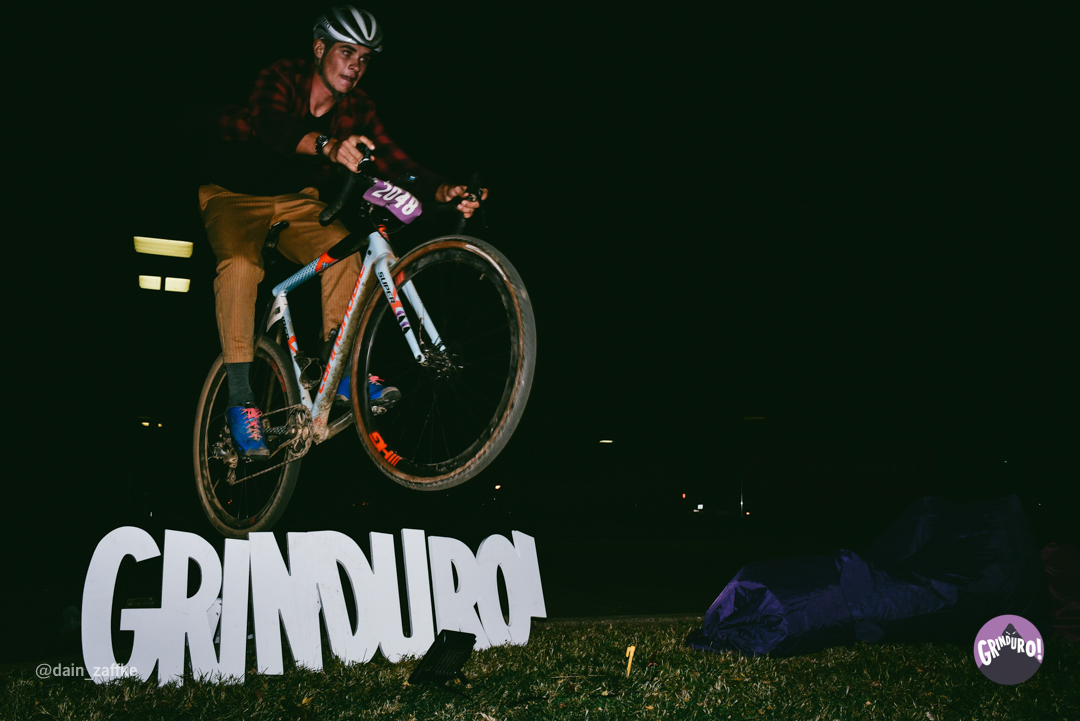 The face of Grinduro, ‘Mountain Man’, has become an icon in his own right. Who created him and the branding of Grinduro?

Geoff McFettridge - he’s a heavy hitter in the art/design world. He’s illustrated countless magazine covers for the New Yorker and other major titles. He's been a long-time favorite artist of mine. I had never met him, but I knew through a friend that he loves riding so we basically approached him out of the blue and asked if he wanted to help build the branding for Grinduro. He loved the concept for the event and was happy to help.

What is your Party to Race ratio? Are you a hellbent racer or do you take Grinduro at party pace?

I guess you could say that I’m a born bike racer that takes pride in being one of the last riders standing at the party. I’ve put a lot of effort into the race half of the ratio and managed a couple of pro podium appearances at the event. I get so inspired seeing great champions at Grinduro. It’s an incredible feeling to roll out alongside riders like Kate Courtney, Katerina Nash, Greg Minnaar, Taylor Phinney, Laurens Ten Dam.

Last fall, at Grinduro California, I started stage one with Kate and Katerina and could tell that both of them were racing for the win. This wasn’t a party ride for them (and of course, I had no chance of staying with either one of them that day!).

Have you a favorite section of a Grinduro event?

The timed singletrack descents are my favorite. There’s nothing quite like the feeling of pushing your limits on a rough trail with dropbars and no suspension!

While on the contentious subject of bike setup… Have you a preferred setup for Grinduro?

Maybe I’m a traditionalist, but I still haven’t adopted a dropper post or flat bars on my gravel bike. I know that I’d be more comfortable getting my wheels off the ground with flat bars and a dropper, but feeling sketchy at times is part of the fun.

As far as drivetrains go, 1x seems like the only way to go if you ask me. I haven’t dropped a chain yet in five years of Grinduro.

Is there a location in the world where you’d love to see Grinduro?

For a long time, the dream was Japan. That dream became reality last fall. It was surreal and unforgettable setting off a few short hours before Typhoon Hagabis made landfall. We raced in pouring rain and dense fog. The event went off without a hitch, but the next few days were sobering as that area of Japan saw some widespread devastation from the Typhoon.

I’m still eager to see Switzerland come to life and Grinduro Australia looks like it’s set to become the most appealing round on the calendar.

Thanks Dain. Enjoy the surfing and dad dancing until the next Grinduro!