Some hazy memories of the inaugural running of Grinduro Scotland. (The wet one)

​We’re going to be introducing you to some of the sponsors of the different Grinduro events from around the world and first up are Outdoor Provisions, who produce fantastic tasting energy bars in plastic-free, compostable packaging from their HQ in Manchester, UK. Both Christian and Luke rode the innaugural Arran Grinduro event in Scotland and are one of the sponsors of the Grinduro Wales event which is scheduled for the 25th July. 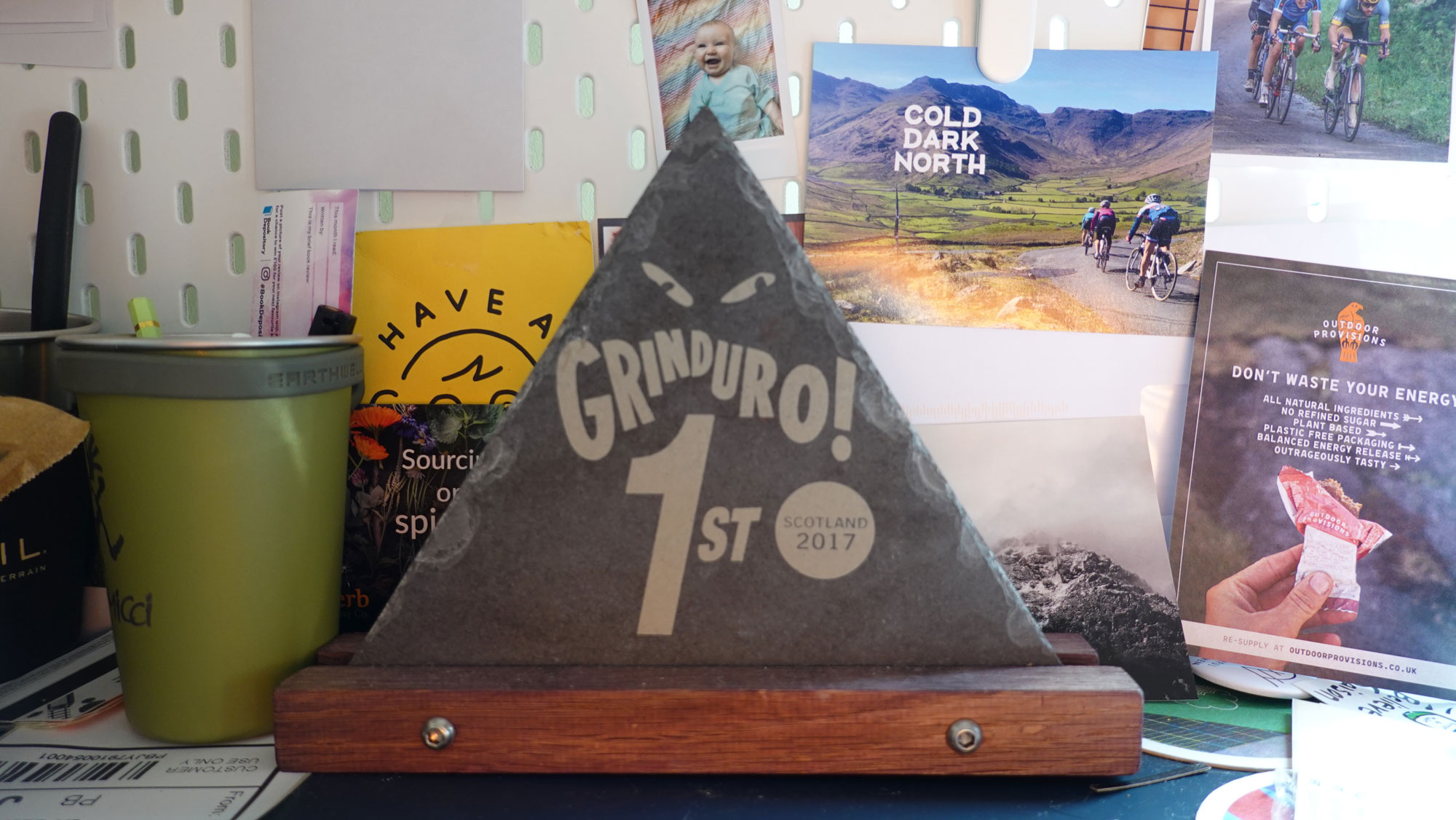 I was unbelievably hyped for that weekend. At the time I had borrowed some Lauf forks and was messing around with my bike set up a lot. There was such a buzz pulling into the shipyard and boarding the ferry with all the other riders; Arran looming into view across the Firth of Clyde. Completely randomly, Luke bumped into a bloke he had stayed with whilst cycle touring in Italy over a year ago. He wasn’t even doing the event, just headed to Arran to tour!

I did my first ever bit of brazing creating a bottle opener at The Bicycle Academy tent. It still pains me to this day wondering where I managed to lose it some point last year.

For the event itself conditions were grim - it was hard shell waterproof jacket for the duration. All tactics out of the window I set off on the first timed section, a long climb, just to get myself warm and fell into a group with 4 other lads who I would ride with all day. We finished together having survived the final descent along the coast edge. My enduring memory of this trip was the camaraderie and friends made, on the road (and gravel) and at the after-party.

We love riding in Scotland, actually, we found it completely captivating - so much so we created a self-supported bike packing route from Glasgow to Manchester (our home city) called Second City Divide.

The same goes for Wales. Looking forward to getting to Mach when the time is right. The MTB trails I’ve ridden there are incredible, so looking forward to seeing what the Grinduro route brings. See you in the Dyfi Valley!

Grinduro Scotland 2017 will forever be known as ‘the wet one’. You weren’t there man! I hadn’t long had my ‘gravel’ bike and it was running WTB Byways (wide, but very slick) which were great in the dry but like riding on butter in the wet. Especially that off camber slippery AF coastline descent at the end... ‘Pray for Byways’, was the going phrase.

At some point between the second and third segments, on the way into the lovely Velo Cafe at the Lagg feed stop, I was busy chuntering away to David Arthur from road.cc and grabbed too much brake around a corner. The Byways gave way and I slid on my arse for ages until eventually sliding into the wheel of the event ambulance...

In hindsight that day probably suited a racey hardtail over a gravel bike; point proven by Adeline from Mercredi riding her handmade dream machine to the top of her category podium. The Race to Party ratio swang big time towards party with the help of the Arran distillery miniatures that were going around. That Drygate apple ale was good too. Some dodgy disco dancing went on as the weather raged on outside. It was a right good mix of people. 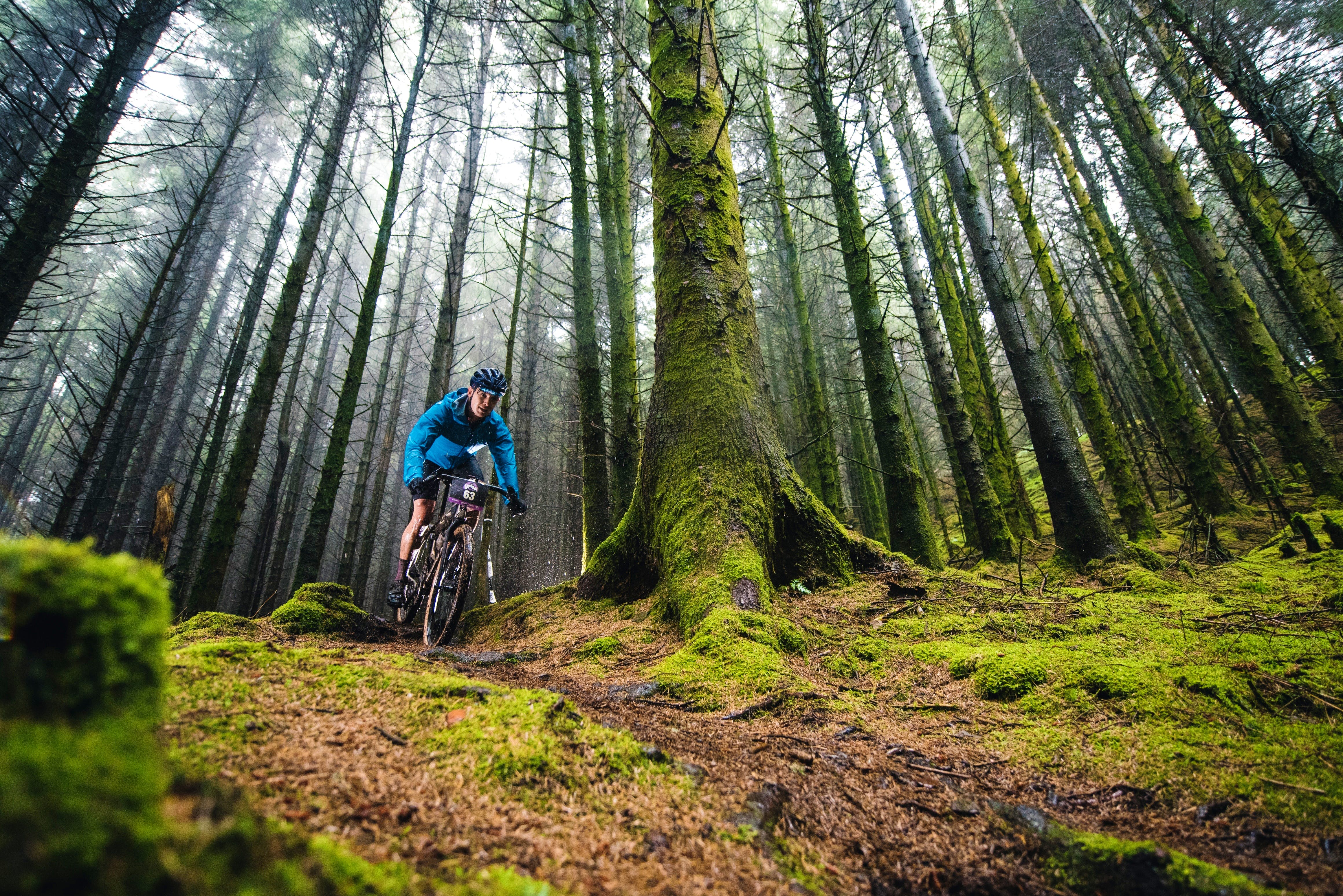 Woke up in my tent feeling pretty groggy the next morning from a combo of said dancing/whisky, the ride and the ambulance incident. The weather had turned lovely though, typically, and Christian and I got out for a banging loop of the north of the island. What a place Arran is to ride. Made the last ferry back to the the van, slept in the back deep in Dumfries and Galloway and even managed another screaming gravel ride on the Raiders Road Forest Drive (look it up if you’re in that area) before heading back to work with a bump on Tuesday.

Also made (and haven’t lost!) a Grinduro bottle opener on the first night and even went on to do a frame building course a few years later at the frame building academy. I asked who it was that I’d met at the 2017 Grinduro and if they remembered the event... ‘oh yeah, the wet one?’ they replied.

See you in Wales.

Outdoor Provisions make all natural energy bars in plastic-free, home compostable packaging. Our bars are plant based, 100% all natural, palm oil free and come in four unique flavours inspired by UK National Parks. We're a 1% for the Planet member and supporter of @trashfreetrails. You can find out more about us and our product here; and join the growing community of certified fresh-air-heads here; @outdoorprovisions. We only ship to the UK right now, but watch this space...